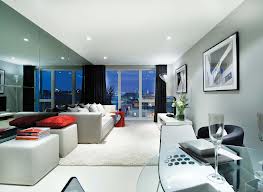 The Brickmakers Apartments were developed by Telford Homes – who has been operating and building award-winning developments since 2000, including Avant Garde and Bow Trinity.

There isn’t any property history to speak of, since the ‘Brickmakers Apartments’ is a brand-new development by Telford Homes. The development is still under construction and not due to be completed until the end of this year. However, the development itself may be new but is located in a location steeped in rich character and British history…

Cable Street started as a straight path along which hemp ropes were twisted into ships cables (i.e. ropes). These supplied the many ships that would anchor in the nearby Pool of London, between London Bridge and Wapping and Rotherhithe.

Many other “rope walks” can be seen on later maps, showing how demand for ropes grew as shipping increased. Until Victorian times, the current Cable Street had different names for each of its sections. From west to east these ran: Cable Street, Knock Fergus, New Road, Back Lane, Blue Gate Fields, Sun Tavern Fields, and Brook Street. Knock Fergus may have been a reference to the large numbers of Irish residents there then, but the name is old – it is found in the St. Dunstan Stepney registers in the early 1600s. From Victorian times through to the 1950s, Cable Street had a reputation for cheap lodgings, brothels, drinking inns and opium dens. It’s said that both Oscar Wilde and Arthur Conan Doyle visited the opium dens, although Doyle supposedly did so as research for his famous detective Sherlock Holmes.

Other famous people associated with this particular area are Dr Hannah Billig (1901–1987) – a local doctor who became known as “The Angel of Cable Street”. A blue plaque marks her home surgery at number 198 Cable Street, near Cannon Street Road. Sir William Henry Perkin (1838–1907) chemist who discovered aniline purple dye, mauveine, in a hut in the garden of his family’s Cable Street home. A blue plaque marks the site, by the junction with King David Lane. The most famous remaining Landmark is Wilton’s Music Hall is a grade II listed building, built as a music hall and now a more general-purpose performance space in Grace’s Alley, off Cable Street. It is one of very few surviving music halls in its original state.

Cable Street is also the place where the last stake in England was hammered through a sinner’s heart at an official burial. This took place right at the junction of Cable Street and Cannon Street Road in 1812. The reason for the staking was that John Williams was found hanged in his cell, after being arrested as a suspect in the Ratcliff Highway murders. Local people went along with the claim that he had committed suicide, from guilt of the crimes. At the time in the 19th Century, suicide was considered to be so utterly sinful, it justified him being buried upside down with a stake through his heart. His skull was found when new gas mains were being laid in the 1960s, and was on display for many years in The Crown and Dolphin pub opposite.

On 4 October 1936 a violent confrontation between the Metropolitan Police and local communities on the street was later named the ‘Battle of Cable Street’. Communist, anarchist, labour and Jewish groups joined with locals to resist a planned march through the East End by Oswald Mosley’s British Union of Fascists. A bus was overturned and used as a barricade, Mosley’s car was attacked with bricks, and there was some of the most violent hand-to-hand fighting ever seen in London. The march was eventually abandoned. A large mural on St. George’s Town Hall, next to Library Place, depicts scenes from the day. A red plaque at Cable Street’s junction with Dock Street commemorates the incident.

The ‘Brickmakers Apartments’ consist of two Buildings: ‘The East Building’ and ‘The West Building’, both eight-storeys high. There is a selection of one, two and three bedrooms apartments available: 22 one-bedroom flats, 13 two-bedroom flats and two three-bedroom flats.

One thing all the apartments within have in common, is that they are all finished to the highest specification. All two and three bedroom apartments comprise two bathrooms, one of them en-suite to the Master Bedroom. Bedrooms all have built-in wardrobes and neutral carpets for comfort. The receptions are open-plan to the kitchen and every apartment except Flat 3 in the East Building has a private balcony or a terrace, some boasting sweeping views of this vibrant Capital.

All properties come with a new 250 year lease, NHBC and Telford Homes two year guarantee, meaning they will send someone to deal with any issues which may arise with an apartment within the first two years free of charge – 24/7!

The interior of the apartments promises to be spectacular – a mix of classic designs with a modern finish. All apartments have under-floor heating to the living areas, which are decked out in Oak-effect solid wood veneer.

The ‘Brickmakers Apartments’ are located on Cable Street, which runs between the edge of London’s financial district ‘The City’ and Limehouse. It is parallel to, and south of, the Docklands Light Railway and Commercial Road, and north of The Highway. Part of the London Borough of Tower Hamlets, it lies within the parliamentary constituencies of Bethnal Green & Bow, and Poplar & Canning Town, currently represented by the Labour Party.

Situated just a stone’s throw away from the hub of the city, the City of London, the Brickmakers Apartments are conveniently centered between two of the most intrinsic landmarks in London – Tower Bridge and Canary Wharf. A world leader in international commerce and business services, the Capital trades around 70% of all Eurobond turnover, 17% of the global foreign equity market, and sees around $3.1tr in foreign exchange turnover every day. Home to 249 foreign banks, with 606 foreign companies listed on the London Stock Exchange, the City plays host to the commerce and global trade of many of the world’s organisations and companies, making it Europe’s superior financial capital – and all within minutes from this development.

As the development is in Zone 2, Residents are already fairly close to the City, but for those who still need to commute, using public Transport couldn’t be easier. There’s a host of Stations in the immediate area, including Aldgate East Tube (District & Hammersmith/City lines), Shadwell (DLR & East London Line), and Tower Gateway (DLR). Vehicles are restricted to travel one-way along the whole street, though the direction varies. It is mostly west-bound, but it is east-bound east of Brodlove Lane (itself one-way north-bound). Cable Street lies outside of the London congestion charge zone (CCZ).

There’s also shopping facilities aplenty around this area, – whether you are into designer wear, eclectic one-off pieces, high street fashion or charity-shop-chic, you will find everything you need nearby. Brick Lane Market is vibrant and full of stalls and independent little shops, restaurants and bars, whereas Spitalfields Market features more new up-and-coming designer noutiques, such as Micha Barton’s trendy new shop. Shoreditch and Hoxton are also located within walking distance.

Parents with young children needn’t worry about schooling with a huge amount of school located within less than a mile from the property, including: