The History of Spitalfields

An abbreviation of ‘hospital fields’, Spitalfields refers to the open land which lay behind and to the east of “The New Hospital of St Mary without Bishopgate” built in 1197.

Spitalfields was the location of one of Roman London’s large extramural cemeteries - the presence of which was noticed by John Stow as far back as 1576 - and became the focus of a major archaeological excavation in the 1990s, following the redevelopment of Spitalfields Market. The most spectacular find was the discovery in 1999 of a sarcophagus containing the remains of a high status Roman lady, clad in silk, complete with jet accessories and a unique glass phial.

“The New Hospital of St Mary without Bishopgate”, latterly known as St Mary Spital, was one of the biggest hospitals in medieval England and was the focus of a large medieval cemetery which included a stone charnel house and mortuary chapel. This latter has recently been uncovered by archaeologists and preserved for public viewing in Bishop’s Square. The adjacent outer precincts of the priory, to the south, were re-used as an Artillery Ground and placed under the special jurisdiction of the Tower of London as one of the Tower liberties. Other parts of the former priory area were utilised for residential purposes by London dwellers seeking a rural retreat and by the mid seventeenth century further development extended eastward into the Spital Field.

Spitalfields’ historic association with the silk industry was established by French Protestant refugees who settled in this area after the Revocation of the Edict of Nantes in 1685. By settling here, outside the bounds of the City of London, they hoped to avoid the restrictive legislation of the City Guilds. A reported 13,050 French refugees were settled in London, primarily around Spitalfields, but also in the nearby settlements of Bethnal Green, Shoreditch, Whitechapel and Mile End New Town.

The late 17th and 18th centuries saw an estate of well-appointed terraced houses, built to accommodate the master weavers controlling the silk industry, and grand urban mansions built around the newly created Spital Square. Christ Church, Spitalfields on Fournier Street, designed by the architect Nicholas Hawksmoor, was built during the reign of Queen Anne. More humble weavers dwellings were congregated in the Tenterground.

There has been a market on the site since 1638 when Charles I gave a licence for flesh, fowl and roots to be sold in what was then known as Spittle Fields. The Market currently receives around 25,000 visitors every week.

By the Victorian era, the silk industry had entered a long decline and the old merchant dwellings had degenerated into multi-occupied slums. Spitalfields became a by-word for urban deprivation.

In 1860 new trades such as furniture and boot making came to the area and are still popular today; the large windowed houses were found suitable for tailoring, attracting a new population of Jewish refugees drawn to live and work in the textile industry.

By the later 19th century inner Spitalfields the dubious distinction of being the worst criminal rookery with the Flower and Dean Street area being dubbed “perhaps the foulest and most dangerous street in the metropolis”. Another claimant to the distinction of being “the worst street in London” was nearby Dorset Street, which was highlighted by the murder of Mary Kelly by the notorious serial killer known as Jack the Ripper in the autumn of 1888. The devious activities of “Jack” were one of the factors, which prompted the demolition of some of the worst streets in the area 1891-94.

In the late 20th century, the Jewish presence diminished, to be replaced by an influx of Bangladeshi immigrants, who also worked in the local textile industry and made Brick Lane the curry capital of London.

Since the 1960s onwards there has been a campaign to save the housing stock of old merchant terraces to the west of Brick Lane from demolition. Many have been conserved by exponents of a ‘New Georgian’ ethos, such as the architectural historian and TV pundit Dan Cruickshank.

Current ‘urban regeneration’ has also seen the erection of large modern office blocks, between Bishopsgate and Spitalfields Market. These represent an expansion of the City of London however a rear-guard action by conservationists has resulted in the preservation of Old Spitalfields Market and the provision of shopping, leisure amenities and a new plaza behind the city blocks.

The area within Tower Hamlets now forms part of the council ward of Spitalfields and Banglatown. Its name represents the modern association of the Bangladeshi community with this area and neighbouring Brick Lane.

Radically different to the area in the 19th Century, Spitalfields has now become one of the most desirable and up-market regions to live in London. The protected Georgian Houses have been the residence of choice for the rich and famous alike including Keira Knightley, Gilbert & George and Tracey Emin to name a few.

The re-development of Spitalfields Market has brought a plethora of ‘flagship’ stores to the area from both large established brands like Timberland and unique, boutique launch brands. There is also a strong vintage connection in the area with clothes, furniture art and more and this is seen by the range of shops serving this market such as Blitz on Hanbury Street.

There is also a wide range of exotic and excellent restaurants and, of course, you cannot ignore the fact you are seconds from Brick Lane- London’s ‘Curry Capital’ where restaurants compete to ply you with some of the most delicious Indian food outside of India itself.

The nearby Truman Brewery, redeveloped to provide a wide variety of office, studio, gallery, exhibition and bar/event space ensures that there is always something exciting to go, see and do. And, of course, you are just a short stroll down the road from Shoreditch and the neighbouring Hoxton. Spitalfields attracts an eclectic mix of artists, bankers, creative, actors, writers, journalists and much more. A melting pot of success and creativity and this is reflected in the local shops and developments. A stunning and vibrant place to live, shop, eat and have fun! 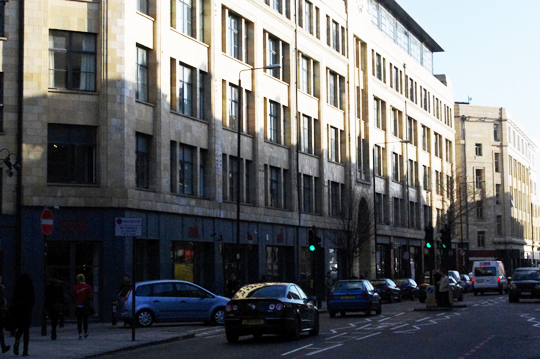 The Georgian properties situated within the conservation area surrounding Spitalfields Market are high on everyone’s list. Mainly complete houses, many of these are offered for rent- if you are lucky to get your hands on one. These often combine stunning period architecture and features with ultra-modern kitchens and bathrooms.

There are also developments offering that loft-style living that is so popular in this part of London. An excellent example of this is The Exchange Building on Commercial Street. This stunning, art-deco former print works offers over-sized flats & apartments – including high ceilings and big windows – that are served by a 24 hour concierge. Another popular development also on Commercial Street is The Cloisters– as the name suggests, a converted Cloisters offering over 60 residential flats to rent in Spitalfields. Many of these are small but have been refurbished and offer luxury accommodation on a prime location at a reasonable price (for the area). Residents also have use of a delightful courtyard.

Spitalfields is, like much of London, diverse in its property offerings with multi-million pound properties often just around the corner from Council Housing. Spitalfields is not different in that respect. However, the vast majority of property in this area is mid-up market and the prices, both to buy and rent, reflect that. There is some interesting, unique and luxurious accommodation in the area but you may need to be patient as property here comes and goes quickly and residents often stay put for several years before moving on. If you would like to get your hands on a Spitalfields property then base are one of the premier Spitalfields estate and lettings agents so please get in touch to see if we can help.

You can read about various Spitalfields property developments in our Featured Developments section: