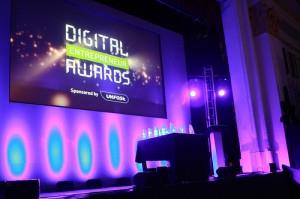 The Digital Entrepreneur Awards are the UK’s only awards dedicated to internet entrepreneurialism and celebrate this growth industry by appointing an extremely experienced and highly regarded panel of business personnel to judge the awards.

Kristjan Byfield will be representing Base Property Specialists in being chosen as Finalist in the Design and Marketing category, in recognition of the new company website which launched earlier this year.  Kristjan stated that,

“We now have an anxious wait until mid-October to find out whether we have won but are hugely proud of appearing on this list of national businesses. Thanks to all those that helped contribute- especially Jupix who worked with us developing and building the site.”

Much hope lies in the probability that the UK’s digital entrepreneurs will pay a significant role in returning the country’s economy back to a success story of the global economy, and for this reason, Base Property Specialists are honoured to be recognised as candidates for this award. The awards will be announced on 16th October 2012 at an award event held at the Hilton Hotel, Manchester.