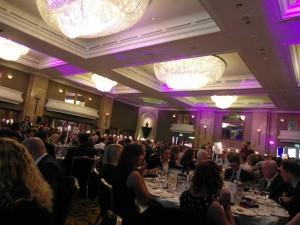 Once again, we at base property specialists were delighted to be shortlisted for the ESTAS 2013 (Estate & Letting Agent Awards). As you may recall, in 2012 we came first in the 'Best North London Letting Agent’ category and were over the moon to collect the much-coveted Crystal Gold Award. This year, the competition was even more fierce, as it also happened to be the 10-year anniversary of the ESTAS – 10 years since Founder Simon Brown started the ESTAS, so this year was the busiest ever! Over 650 Agents from all over the UK attended the sell-out lunch hosted once again by Phil Spencer (who must by now wonder why he keeps bumping into Kristjan – not only at the ESTAS but Kristjan also appeared on Phil Spencer's Daytime Quiz Show ‘The Common Denominator” a few weeks ago!) 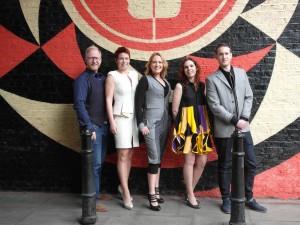 On the day, we got ready and changed into our amazing outfits- courtesy of fabulous Junky Styling – a fantastic shop full of unique one-off pieces, situated on 21 Hackney Road in Shoreditch.  Once ready we headed to the Hilton Hotel on Park Lane for the Champagne Reception and Lunch.  After a delicious 3-Course-Meal, followed by coffee, it was time to announce this year’s winners.

Phil Spencer reminded the audience that the awards are “very difficult to win. A well-written submission and some beautiful glossy photos of the office will not get you on the shortlist,” he said, "The ESTAS are decided by your harshest critic – the public”.

When it came to our category ‘North London Letting Agent’ we were pretty nervous! And seeing the competition and the calibre of agents nominated,  we feared that maybe this year we would go empty-handed… Before we could have even pondered this thought our name was called... as Bronze Winners!

We’re so pleased to have won third place and be recognised for our hard work, by the people who matter most – our customers. We can't, and don't, expect to win every award we enter, but we'd like to. By constantly placing ourselves up against the best in our industry it ensures that we always look to deliver the best possible service at all times while looking to improvate, improve and innovate where we can!

With more awards to follow later this year, including the Times & Sunday Times- Best Letting Agency of the Year Awards, we hope this is the first of many accolades for 2013. What was nice, was that (across both the North & South London categories) we were the only shortlisted Central London Lettings Agency at the ESTAS.