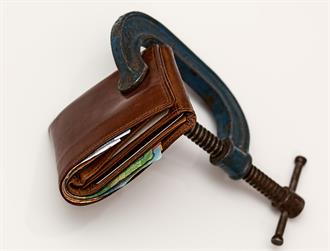 Last year the government announced that they would be introducing a ban on letting agent fees paid by tenants. Frustratingly, but not uncommon, the government have been incredibly vague as to what this will cover and exactly when it is due to come into effect.

The Chancellor, Phillip Hammond, announced the ban late last year with no context or timeframe attached. It took several months this year for the government to take action and they recently released their 'white paper' on the matter (which you can read here).

The move is a (misguided) act to tackle the small number of agents across the UK who have taken advantage of this unregulated loophole to charge Tenants extortionate fees to (supposedly) cover the likes of reference & 'right to rent' checks, admin, inventories and so forth. Supposedly this ban is to remove the barriers preventing Tenants from getting on the property ladder- although we have serious doubts over exactly how many Tenants are unavoidably a few hundred pounds short of being able to buy their first home- and these fees being the sole contributor to this issue.

With the average UK letting agent charging Tenants around £400, some agents were leveraging fees of as much as £1,000 whilst still charging Landlords for their services too (with many also charging Tenants fees to vacate a property and/or renew their tenancy).

Here at base, we have always taken a firm stance that we receive ample fees from our Landlords not to have to then leverage Tenants unfairly. As such, our fees have remained almost unchanged since we launched in 2004 and are in the bottom 1% of Tenant fees in the UK.

As it currently stands, the only tenancy fees we charge are as follows:

£120* per tenancy for general admin (retained by base)

We don't charge Tenants any other end of tenancy or renewal fees.

With a research poll suggesting that the average letting agents office will lose around £80,000 a year in revenue as a direct result of this ban there has been a lot of talk of huge fee increases to Landlords as this revenue has to be recouped for many agents to survive. In fact, some polls suggest that as many as 16,000 jobs in UK lettings industry could go as a direct result of the ban. Despite the public perception that all agents are greedy & rich, the average UK estate agent only operates at a profit margin of around 13%- those of you who own and run businesses will know that this is not a high figure at all.

Thankfully, as we have always taken the stance to keep our tenant fees as low as possible, the impact on our company will be minimal. We can absorb the referencing costs as we have worked hard with our partners to secure the best rates possible preventing us from having to pass on this expense to our London Landlords.

The ongoing modernisation through technology/PropTech of our in-house systems means that, again, we can absorb the burden and cost of the various elements of admin associated with the early stage preparations of a tenancy.

The only cost we may have to pass to our Landlords is the Check Out inspections & report undertaken by independent inventory clerks at the end of each tenancy. We are hopeful that the government won't prevent us applying this charge to the Tenants (we have always taken the stance that if both parties retain the company, Landlord at Check In and Tenant at Check Out, there can be no associated 'bias' in the reports generated). However, if applicable, based on our average Landlord's rental income this will only equate to around 0.5% cost on their annual rental income (based on an Inventory fee of £120 and a weekly rent of £450).

As such, our London Landlords (and Tenants alike of course) can rest assured that everything will very carry on as normal and can expect to continue to receive the same, multi award-winning lettings and property management service as they always have. If you use another Shoreditch letting agency then maybe you should ask whether the ban will impact their charges to you going forwards?