The state of broadband and mobile broadband coverage in London 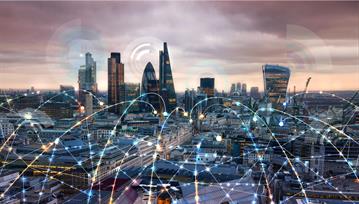 Of all the places in Britain you would expect to have genuinely superfast broadband, London is it. But you would be surprised at just how many boroughs still struggle to achieve decent speeds.

If you live near King’s Cross, you can enjoy gigabit speeds thanks to Google’s new headquarters. Other boroughs such as Enfield, Twickenham, Islington, Redbridge and Barking and Dagenham have some of the fastest speeds in the city. Most surprisingly, some of the capital’s most notable property markets such as Westminster, Rotherhithe and even the Square Mile struggle to reach 5Mbps.

The picture is a very mixed one and is partly down to ageing infrastructure, older properties, busier roads hampering street works and an insanely complex system for gaining permission to lay new cable.

Contrary to what you might hope, London is not the fastest city for broadband options. According to Broadband coverage and speeds: local statistics, 2017 from the House of Commons Library, London is behind York, Grimsby, West Dunbartonshire, Gillingham and Rainham, Redcar, Lincoln, Stockton North, Bristol South and Aldershot in terms of broadband speeds.

The University College London has put together a very detailed map of London and the average broadband speeds available.

A huge variety in housing stock influences the speed of broadband available in any given area. In older streets with Victorian or older properties, faster speeds are hampered by the age and construction of the buildings. Newer properties and new build estates have no such restrictions. One street may struggle to achieve 5Mbps while a new development in the same postcode may enjoy gigabit speeds. However, you may also find that outside of the major urban areas there are a surprising number of new builds that lack access to faster broadband services.

London does benefit from a more competitive broadband market than many other places though. Sky, BT, TalkTalk and Virgin all have a presence, but so do smaller providers such as Hyperoptic, Purefibre, CityFibre, Gigaclear and Relish.

Fibre to the home is expanding all the time. Recent network expansions from service providers are seeing FTTH connections made possible. Again, this depends on your street, borough, proximity to existing fibre installations, availability of ducting in the street and a number of other limitations.

Mobile broadband coverage in London is a similar picture to fixed line. Some areas have superfast 4G speeds while others struggle to get 4G at all. Even when 4G is available though the average speeds are often slower than other parts of the country due to the demands placed on the networks by the dense population.

Ofcom has a very useful mobile and broadband checker that can tell you what is available in your postcode both indoors and out.

Broadband and moving properties in London

There are some very simple rules to follow when moving properties with or without your broadband.

Most service providers try to be as flexible as they can when you move home, especially if you’re keeping your contract. Different ISPs have different requirements for notice so check yours as soon as possible. The sooner you inform them, the more likely you are to be able to arrange a suitable installation date.

While London may not have the highest broadband speeds in the UK, it has a very wide range of suppliers. You don’t have to keep to the big names if you want faster broadband, but make sure to read reviews and check the feedback before you sign up to anything!

For more information, use Broadband Genie’s guide to broadband in London.