Our Favourite Places In East London- As Chosen By The Team. 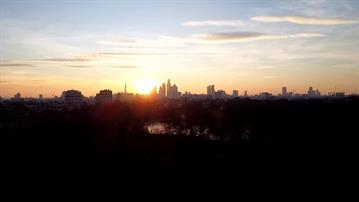 East London is one of the most exciting parts of the capital, widely known for areas such as Shoreditch, Spitalfields & Brick Lane. What is it about these areas that are so desirable? Well, Shoreditch hosts a hub of creatives by day and some of London's most fashionable venues by night. Moving further East, Spitalfields is known for the ‘old’ market that is situated just next door to Brick Lane, home of the curry houses & street art.

However, this is not all that East London has to offer. We spoke to our team who have each lived (or currently live) in East London to find out their favourite place in East London. So, in no particular order…

Situated on the border of East London right up to Essex, this location can be easily reached via tube. Epping Forest is one of London's largest conservation areas- measuring over 6,000 acres! This conservation area is known for being a former Royal Forest whose name derives from the local borough in which the forest falls under. A perfect place to visit if you are a fan of nature and/or history. The list of activities include (but are not limited to) camping, exploring old historic buildings & leisure activities. For more information on Epping Forest & what to do there, click here.

Tobacco Docks was originally erected in 1812 as a hotspot for cargo arriving from the New World, such as wine and tobacco (hence, the name). From highly sought after imports to tech launches, Tobacco Dock has aided in trading all kinds of merchandise for over two centuries. If you have a quick google, you will find that the listed buildings have witnessed trade deals, a tiger attack, sleep deprivation challenges and Victorian tasting days not to mention world-class conferences, exhibitions and events! Tobacco Docks is largely used as an events space now, however, during the summer time you will find Skylight, a rooftop bar open from May-October and other various activities! Click here to find out more about what’s on at Tobacco Docks.

Geffyre Museum, or, Museum of the Home is a collection of Almshouses, originally built in 1714 to provide shelter for those most in need. These houses were used up until 1912. The same year, the local borough decided to save the houses and gardens, after all, this made up 14% of open space in Hackney. Members of the Arts and Crafts movement soon convinced the local borough to transform this area into a museum. The museum was then opened to the public in 1914, and still stands today. Currently the site is under major works until September, however, you can get a taste of the history until then, here.

This is London's only marina, self proclaimed as 'a marine oasis’ situated moments from the financial district and Tower Hill. St Katharine Docks took their name from the former hospital of St Katharine's by the Tower, built in the 12th century, which stood on the site. This is a popular location during the summer time with stunning views of the marina & some fine restaurants and pubs. A particular favourite in St Katherines Dock is The Dickens Inn, our co-founder An stated this is a staple of her ‘tour of London’ she takes her guests on. You can find out more about what’s on at St Katherines Dock here.

Named after the late Queen Victoria, ‘Vicky Park’ as it is affectionately referred to, is a true staple of the East End. The park has been hosting festivals, events, sports and recreational activities for over 170 years. On site you’ll find two cafes which are both dog friendly, one of which you can sit out on the veranda over the water. After a stroll in the park, you can find some great pubs to grab a refreshment at, such as The Crown or The People's Park Tavern. If you visit Victoria Park on a Sunday between 10am-4pm, you will find the market which hosts a variety of food stalls and independent merchants. You can find out more about what’s on at Victoria Park here.