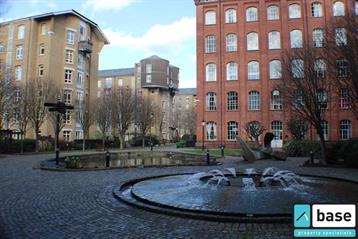 Strolling through Bow now, you’ll see a mixture of buildings & cultures, both old and new, but this is a far cry from where it was some years ago. Bow has an interesting past full of poverty, protest and radical politics. This is one of the main reasons that made it a perfect spot for the East London Suffragette HeadQuarters founded by Sylvia Pankhurst, or, how Bow High Street came to see the Poplar Rate Marches. We wanted to take a look into some of the historical places you can still see today with the addition of some infamous facts.

The Old Town Hall (on Bow Road) opened in 1938. The modern design was chosen to reflect the boroughs radical politics. When we talk about radical politics, we are going back to 1921. Back then, Poplar councillors refused to impose what they considered an unfair tax on the poor. This resulted in 30 councillors serving six weeks in prison. After the protest, the group gained huge public support. Other groups followed suit and continued to rebel, standing against this unfair tax. As a result, The Financial Provisions Act was passed in the same year. This was introduced to ensure an equal and fair tax system for poorer areas. If you travel to Hale Street, in Poplar, you can still find street art that keeps the rich history of the area and the unfair tax rebellion. Eventually, Poplar was added into the borough of Tower Hamlets in 1965. The building eventually exhausted its purpose. Now, the building is noticeably neglected and known as the Bow Business Centre.

Businessmen W. Bryant and F. May established a matchstick factory in Bow in the 1860s, changing production methods with the use of (deadly) white phosphorus. The terrible and deadly working conditions for the 1,200 women and girls led them to take the first strike action in 1888. This caused a domino effect through the East End, prompting more and more strikes for bad working conditions. Production eventually stopped in 1973, a staggering 85 years after the first strike took place. This factory was converted into a residential complex shortly after production stopped, it is now known as The Bow Quarter.

Near the A12 end of Bow Road, you will see an erected statue of a previous Prime Minister, William Gladstone. To passers by, this is just another small monumental statue, often found around London boroughs. However, if you take a closer look, you will notice something unusual about his hands. It is an infamous tale that the matchgirl strikers (as mentioned above) had smeared their own blood on Gladstone's hands. They had hoped this would induce a reaction to their protest, hoping that his indifference to their plight would change. Oddly enough, even today, the hands are replenished with rust resemblant paint. Where does this come from, or, who does this? No one knows, it’ll forever be a mystery.

Dating back to the Middle Ages, Three Mills Studio even has a mention in the Domesday Book. The current listed mills building dates from 1776! This mill is the oldest surviving industrial unit in London. Over the years, it has provided Londoners with things such as flour to gunpowder and even distilled gin. The building now hosts a TV and film studio. The London 2012 Olympic auditions and rehearsals were also held here.

The Plaque on Fairfield Road

This is just one of many Bow Heritage Trail plaques. The one on Fairfield Road could be the best yet, claiming that it stands on the 'site of annual Whitsun Fair, stopped in 1823 due to Rowdyism and vice'. Whitsun Fair, referenced as early as 1630, was vastly popular in the eighteenth and nineteenth centuries.  The fair obtained the name Whitsun as it was to take place the day after Whitsun (The Festival of Pentecost, celebrated by Christians). Oddly enough, this was sometimes referred to as the ‘Green Goose Fair’. This name was often used to describe the selection of geese on sale, however, it is also said that the name doubled as slang for loose women! Well, quite possibly another reason that the authorities decided to shut it down.