Before you vote- some thoughts on The Conservatives & Labour Housing Manifestos 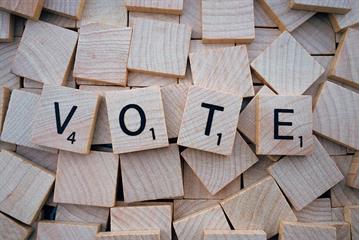 With the election just 3 days away- here's some thoughts on the 2 major parties' Housing Manifestos. Do with this what you will but we thought you might like an alternate perspective on this coming from experienced property professionals without a corporate agenda.....

Their aim is to halve 'rough sleeping' by the end of parliament. However, rough sleeping has doubled since The Conservatives came in to power so, even if they achieve this, (doubtful) they would only get back to where they started. Must admit, I'm also concerned about the mention of a 'taskforce' tackling 'prevention'. Without building appropriate housing it is hard to see how many of their objectives would be achieved.

The Conservatives aim to 'fix the dysfunctional housing market so that housing is more affordable and people have the security they need'- this is a vague objective, if ever I heard one, and it is their total lack of housing strategy that has led to the major issues London and the UK face today.

They talk about 'building homes to meet demand' yet WHAT homes are built, where and for who is essential to this working. One of the largest issues facing London is the dramatic over supply of luxury property in the last decade which is unobtainable for 90% of the population and has now resulted in a very 'top heavy' market- causing issues for everyone on the ladder.

There is lots of talk about 'better homes' yet little detail is given to structure, how this will be quantified and achieved and at what cost. There is a lot of talk of 'council enforcement' yet no explanation how, in a government committed to 'austerity' where the resources will come from to implement this.

There is a lot of talk of councils building homes but that this must be monitored closely for standards and building on council land. Conservative legislation has, until now, made this more difficult to do. We also come back to the same question- with a threadbare council with increasing cuts where will the infrastructure and finances come from to implement this.

An obsession of The Conservatives but a strategy that (to me) has never made any sense (at least not until the sale can ensure AT LEAST that property's replacement). Instead, for every 5 council homes sold off only 1 is built! How can that work? Also, the above pledges involved councils developing their own land, but Right to Buy would see this sold off after 10-15 years. Council owned land is a limited commodity- once it is sold it cannot be redeveloped....so what then?

They aim to 'work with private & public sector house builders to capture the increase in land value created when they build to reinvest in local infrastructure'. This, to me, sounds like a minefield that will put developers off and create a lot of issues. Much of a land's increase in value is driven by the planning and (later) development creating a general uplift in value- however how this will be separated from the value of the (individual) property and then leveraged to invest seems like dangerous ground to tread on. Surely it would be far easier to allocate a proportion of SDLT (Stamp Duty & Land Tax) to this? Or is that too simple? Or, for sites over X amount of units, leverage an upfront 'developers tax' to be spent exclusivity on local infrastructure and amenities.

Labour plan to create this new Department to focus on the number of homes created, their standard and the overall affordability. In principle, not a bad idea, but how long will this take to set up & implement and how effective/powerful will they be? The current structure isn't working (with Housing Ministers almost changing with the seasons) but I don't know if this is the solution. Personally I think we need an NGO or a cross-party department (reflecting seats in the house) that would work independent of party politics ensuring better consistency and deliverance of objectives. Personally I think this group should also have a 'board' made up of Landlords, Tenants, Estate & Letting Agents, Developers, Conveyancing Lawyers and Financial Institutions to give real world, cross-sectional insight to ensure policies deliver on as many key objectives as possible.

Surprisingly little is said about this but this is very exciting. With the announcement by Google to build a 'smart city from the internet up' the creation of an entirely new town built using the latest tech and applying forethought to infrastructure could be exciting......however there was little more than a sentence on this so what this is or may be is unknown at this time.

A commitment to create 'low cost homes' for FTBs (First Time Buyers) and to give locals 'first dibs' are essential changes- especially in the London housing market. However, it will be interesting to see if any restrictions will be placed on the FTB housing stock limiting growth or placing penalties (akin to a Right to Buy sell-off) on profits of properties which are sold off within a certain time period. Or will they be restricted so they can only ever be bought by FTBs? A good start but more detailed structure will be needed to work to ensure it is sustainable and effective.

The immediate suspension of Right to Buy until such time that the proceeds of a sale can ensure that AT LEAST 1 property is built for each sold off. This is just plain common sense and I can comment no further as I back this framework 100%.

Not surprisingly, renting is a huge focus. With London Tenants now exceeding (occupying) home-owners in volume, the on-going development and improvement of this sector is vital. Some of the key points are as follows....

There is talk of tying rent increases to inflation. However, with lending in this sector (BTL/PRS) tied to rental income this could cause major issues if not well structured. The other question is- are the rent controls only applied during an existing tenancy or applied for the 'life' of the property once the first tenancy sets a rental value? Also, with concerns over future rates of inflation, a blossoming inflation rate could mean booming rents when this is the last thing people want. This is a complex issue which, if addressed, will need to be done with great care.

Labour want to make '3 year tenancies the norm'. There are 2 issues here: firstly lenders often do not permit tenancies of over 12 months (some even limiting this to just 6 months) so this will need in depth discussion with banks to ensure this can be facilitated. Secondly, the feedback from Tenants in London that we have seen is actually that they want tenancies that are more FLEXIBLE not 'longer commitments'. Whether this is something tenants really want is an unknown.

One of the major issues in raising the standards of the rental sector is that approx. half of all private rented housing is supplied by private Landlords who do not use a letting agent. The reason this creates an issue is that there isn't that 'fail safe' measure where an agency will ensure compliance as they are as accountable as Landlords for many of the associated breaches. Personally, whilst onerous for Landlords, I do believe mandatory Landlord licensing would be of benefit to the entire sector, this is only worthwhile if the resources are applied to ensure enforcement. There is plenty of legislation in place already but (virtually) no one enforcing it- this will only impact the desired areas of the market (rogue landlords & agents) if it is enforced. This can be easily funded by the licensing costs but this is essential otherwise it is just another pointless piece of beaurocracy which only good Landlords will adopt (and already do).

This is actually (now) pretty much a uniform policy across all parties. As an industry we had hoped this would not be required however the greed of the few have impacted the many. However, HOW this is legislated is, again, vital. I have seen wording that talks about fees 'at the start of a tenancy' being banned- weak legislation like this would simply see many agents move such fees to the end. The framework of how this is worded and implemented is therefore vital. I believe in London this will have no impact on rent levels at all with agents here earning the UK's highest fees- however I think there are many areas in the country where the fee ban will result in increased tenancy costs over the year- especially in low rent/fee areas. This may, therefore, be somewhat of an 'own goal' - you've been warned!

Labour talk of 'new minimum standards' empowering tenants to take action when not adhered to. The fact is, most of this legislation is already in place however Tenants have no interest in understanding it. As such, councils need stronger powers to enforce it, better funding to do so and huge innovation is needed to bring transparency and empowerment to Tenants in this regard. It is also worth noting that those affected by the worst standards usually don't report matters to the authorities as they are the most vulnerable and may not have alternate legitimate housing options- so this can only be solved alongside addressing housing shortages.

So that's all I have to say- draw your own conclusions. What I will say is that, reading the housing manifestos, Labour's seemed to set out its plans in much greater detail and clarity whereas The Conservatives was very poetic but appeared (like many of May's pledges to date in my opinion) to have little substance or metrics to it- make of that what you will. The less you pledge the less you can fail on. Here is one thing I (and most professional agents from across the UK) would have loved to have seen:

Believe it or not, the estate agency industry has been petitioning government for nearly 50 years to apply mandatory licensing. This would eliminate many rogue agents virtually overnight and would create funds needed to enforce regulation. The quality professionals in our sector (which is the vast majority of our industry) would welcome this- we are at a loss why governments continue to avoid this and I'm disappointed to not see this in any manifesto.

This article was written by Kristjan Byfeld, Co-Founder at base property specialists and a London tenant of nearly 20 years. This article is written from a personal insight perspective and does not represent any position by the company or any other members of staff here.