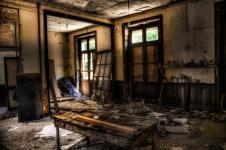 Yesterday you attended property raids with Newham Council to investigate the practices of criminal Landlords and the rogue Letting Agents that are willing to represent them. You are absolutely right to want to stamp out these horrendous conditions- legitimate letting agents and landlords alike, across the capital and the UK, join you in this objective wholeheartedly.

However, many of us in the legitimate part of the Lettings sector (and that is the vast majority of us- contrary to what the general media may portray and public may think) would love to give you some insight from our considerable knowledge and expertise. For some reason, politicians and think tanks alike never think to do so- I can only assume in the (mistaken) belief that we are not interested in seeing standards continue to improve.

So here are some thoughts on the steps that you can take:

As legitimate agents, what we despise more than most is when the (tiny) rogue element of our sector brings our entire industry in to dispute and the furore that follows. We believe this is because the action taken against these rogue agents is far too weak- and that includes the proposals for the 'name & shame' database.

Quality, professional letting agents know all too well exactly what they should be doing (or not doing) to comply with regulations and, likewise, what regulations their landlords must comply with.

With that in mind, we don't want to see this rogue element listed- we want them shut down and the senior staff banned from ever working in our sector again. Eliminating this element is the only way to resolve this issue- period.

There is a strong public perception (driven, by and large, by poorly structured articles on this matter) that Letting Agents aim & ambition is to hoodwink anyone they can as often as they can. Nothing could be further from the truth. The industry has been demanding, even begging, the government to fully license our industry for years as the only comprehensive measure to assure the best standards. Yet it is the government that time and time again refuses to do so.

London loves to lead by example- so why not introduce a mandatory letting agent licensing scheme in London and show the government what a great impact this can have on the sector (if done correctly)? The annual membership fees paid by licensed agents can then be used (exclusively) to fund rigorous enforcement of the licensing and tackling rogue Independent Landlords.

When dealing with the worst elements of rogue Landlords whilst the government is finally increasing fines and accountability to discourage breaches, many of us feel this is still not far enough. In the most severe instances, this should be a 3 strike rule. Strike 1- a warning of breach setting out steps that must be fulfilled and the timeline they must be completed within. Strike 2- a (sizeable) fine if the terms of Strike 1 are not fulfilled within the allotted timeframe with 28 days granted for a full resolution of all outstanding issues. Strike 3- CPO seizing the property from the Rogue Landlord. The property should then be returned to a habitable condition and sold, as a genuinely 'affordable' home exclusively to waiting London resident buyers or brought into council housing with the promise never to grant Right To Buy on it.

One of the greatest issues facing Tenants and Landlords alike is not the legal state of the lettings market- with over 400 pieces of legislation that Landlords & Agents should abide by we are one of the most legislated (yet unlicensed) lettings sectors on the planet. No, what is befuddling is that there is virtually nowhere where this information can be easily and readily accessed in a clear and consumer-friendly manner. Aside from licensing, there is little regulation missing from the industry- tenants and landlords just need to understand their rights & obligations better and find implementation or action easy to facilitate. The field of PropTech currently represents one of the most exciting fields to effectively tackle this issue head-on in the immediate future.

Over recent years I have seen an array of claims made by politicians that simply are not supported by those of us who work in the industry. Some examples of this are:

Longer Tenancies- time and time again I have heard politicians cite that Tenants want longer tenancies of 3-5 years. I can say that this is not supported by the majority of the London rental market and Tenants in fact, if anything, want greater flexibility.

Tenant Letting Fees- the erroneous and vastly varying fees charged to Tenants do need to be reigned in to avoid abuse. However this should only be undertaken once a proper consultation has been undertaken with all 3 parties (Tenants, Landlords and Agents) to understand the real impact of this and how to fairly legislate. There is a genuine risk that an outright ban could, in fact, drive up rents creating a more expensive tenancy over the contracted period.

Tenants Fees are preventing them becoming FTBs (First Time Buyers)- whilst some agents are reported to charge tenants fees topping £1,000 these are rare. The average letting fees in London are believed to be in the £350-450 range (with many charging considerably less). With average asking prices in the capital now around £650,000 the loss of a few hundred, or even a couple of thousand, of pounds over a few years is certainly not a major cause preventing FTBs getting on the London property ladder.

Proven time and time again in almost any area from education to legislation, positive celebration is far more effective than negative attacks. As such, whilst taking effective measures against the worst perpetrators, why not look to celebrate and promote the very best London agents and Landlords? What better way to stamp out the worst in our sector, by driving the very best Tenants and Landlords alike to their respective doors? After all, being told what agents and Landlords NOT to touch doesn't help them find the ones you should- or the correct reasons to choose an agent/landlord.

Let's be crazy....let's shift the message away from the negative and celebrate the most innovative, most detailed, most professional, most friendly agents and Landlords in London and let's help them survive and thrive.

So that's it for now Sadiq- a few clear and concise points for you to consider that could drive genuine change in our sector and would be (by and large) easy to implement. Should you wish to discuss these matters, and other housing issues facing the capital, in more detail I and many of my fellow letting agents would relish the opportunity to help you shape a sound housing policy and strategy for the London rental market and our amazing profession.

Article author: Kristjan Byfield moved to London in 1998 aged 18. Since then he has been a private rental Tenant and remains so to this very day. He has lived in 9 different properties during that time in areas as diverse as Camberwell, Islington, Wood Green, Enfield and Bethnal Green. In 2004 and aged 24, Kristjan and partner An Deckers founded London agency 'base property specialists' in Shoreditch which is now regarded as one of the most innovative and service-orientated agents in the UK. Kristjan is also a Founder Member of CIELA. Kristjan and An are also about to launch The Depositary- a PropTech digital platform aiming to bring automation and transparency to lettings regulation & compliance for agents, landlords and tenants alike. You can find Kristjan on twitter @KristjanByfield his agency can be found @baseproperty or the new company @The_Depositary

Meet the team: Introducing Zoltan!
6 Reasons To Live in Shoreditch
Landlords: What Attracts & Keeps Long Term Tenants?
Supplier Spotlight- Insights Into LeadPro's Journey
4 Tips To Increase The Chances Of Selling Your London Home
Tenants: Acing A Summer Property Search
Meet the team: Getting to know Terence, Head of Property Management.
Landlords: 5 Reasons a Full Management Service Is For You